The Shared Harvest CSA story
Gretta Anderson created this multi-farm Winter CSA in 2007 (then named the Belmont CSA) in an effort to make her little one-acre market garden economically sustainable. One acre of land, farmed intensively during the summer, was a full-time job, but didn’t yield a full-time or sustainable income. Increasing income meant growing more crops: While her little acre did not have room to spare in the summer, it could accommodate a number of cool-season greens that would be ready for distribution in the late fall and winter. But who would come to a farm in December for a few bunches of kale and a head or two of cabbage? Gretta decided to expand the offerings by partnering with other family farmers. She chose growers with exceptional farming skills, as well as strong commitments to just and sustainable food production.

In 2007, Vanguarden CSA, Picadilly Farm and Belmont CSA provided 155 shareholders with produce in November, December and January. The majority of shareholders seemed delighted with the food and the experience. In 2008, the distribution schedule was tweaked to better accommodate farm crews who wanted the month of January off. Cider Hill Farm’s apples sweetened the 300 winter shares that were distributed in 2008.

2009 brought more changes to the multi-farm winter CSA. Gretta did not return to farm in Belmont and began to search for new farmland. The Belmont Multi-Farm Winter CSA was renamed Shared Harvest CSA. Meghan and Rob of Riverland Farm in Sunderland, Massachusetts joined us, as did Charlie Baer, grower of Baer’s Best Beans at Moraine Farm on the north shore. Distribution of CSA shares moved to Busa Farm in Lexington. In response to many requests for a two month share, we offered both a two and a three month winter CSA. We experimented with offering additional local items including honey, maple syrup, dried beans, apple cider, bulk quantities of root veggies, eggs. Vanguarden CSA’s farmer decided to turn more of his attention to his own CSA and not grow for Shared Harvest. 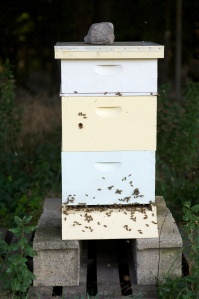 In 2010, Dennis Busa, Busa Farm in Lexington and Judy Lieberman, Brookwood Community Farm in Canton, joined our multi-farm winter CSA as growers. In addition to the Busa Farm in Lexington, shares were also distributed from the Bradley Estate in Canton where Brookwood Farm is located. Picadilly, Riverland, Cider Hill and Baer’s Best Beans continued to provide great produce for the share.

2011 brought more changes to Shared Harvest CSA.  In August, Dennis Busa  decided to not participate in Shared Harvest CSA. Growing produce for his own expanded CSA was keeping him plenty busy. In addition, the increased traffic that Shared Harvest brought to his farmstand was no longer manageable. In 2011 Shared Harvest added a new distribution site: 929 Concord Turnpike in Arlington. The folks at St Paul’s Lutheran Church graciously welcomed us to use their parking lot.

In 2012, Gretta turned over her marketing and distribution role to Jane Hammer. Jane has long been an active supporter of local agriculture and a dedicated locavore and is delighted with her new role. Gretta, now farming 23-acres on the north shore, is equally delighted!

In 2013, we began to offer a deep winter share option with a pickup in January and February at the historic Wright-Locke Farm in Winchester (where they have a small wood-stove in the distribution shelter!)  We also partnered with the Harvest Co-op Supermarket in JP to bring shares for city dwellers at their new Arboretum store.  And Kofi and Erin at Bay End Farm, Buzzards Bay generously opened their farmstand to be a pickup spot, saving tons of miles for the Falmouth, Sandwich, and Bourne folks who had been carpooling to our Canton pickup

Join us on FB

Join us on FB